Life in Space – The Rest of the Story 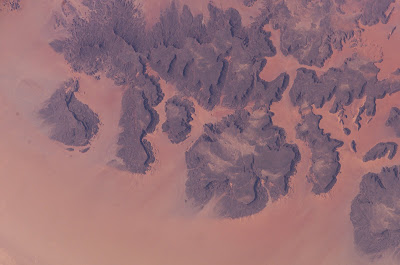 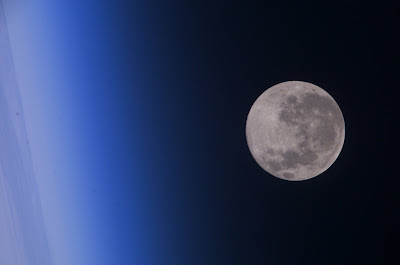 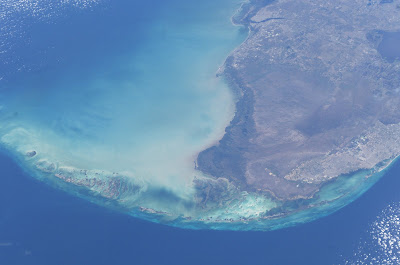 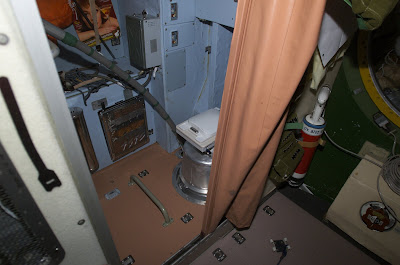 Last time, I asked if any of you could imagine how you might clip your nails in space. Anyone thought this through? Here’s how I did it.

First, get a strip of duct tape, and make a loop out of it, with the sticky side out. Find a place to do the clipping, next to an air intake filter. This way, any errant nails should be caught in the air filter, for later removal. Find a good place on the wall to stick your tape loop, and then carefully clip each nail, trying to keep the pieces big, so that you have a chance of holding onto them, instead of having them fly off into the cabin somewhere. Fix each piece of nail onto the sticky tape loop.

When you are finished, remove the tape loop, and fold it onto itself, to contain the nail clippings. Then, use the resulting tape double loop to clean off the air filter, of any nail debris, which got caught there. Wad up the tape ball, and discard it into a dry trash receptacle.

Yes, there are wet trash receptacles too, mostly to contain food package trash. Wet trash bags differ from the ones for dry trash, in that they are rubberized and tightly sealed, in order to keep the odors in the bag.

In the early days, there were no restroom facilities onboard spacecraft. The first flights were only supposed to last minutes, so it was thought that there was no need. The story of Allen Shepard having to relieve himself in his suit became common knowledge, after the event was dramatized in the movie, “The Right Stuff.” Later spacecraft, including the Apollo spacecraft, also had no toilet facilities. The crews of these vehicles used modified piddle packs (used by the military), which utilized a condom, attached to a hose and bag, for collecting urine. What about women? Back in those days, there weren’t any in the space programs (except for Valentina Tereshkova, who probably used a diaper), so it wasn’t an issue.

For collection of number two, modified sealable bags were used. There was no privacy aboard the Gemini and Apollo capsules, so imagine doing all of this in close quarters with your buddies! To make matters worse, these bags were (are) clear. They are still carried aboard US spacecraft, for use in the event of irreparable toilet failure.

Fortunately, things got a lot more civilized in the Shuttle program. As I mentioned before, the Shuttle is a business class affair. It contains a relatively large toilet area, which features a privacy screen.

The Soyuz capsule also has a toilet in the upper living module. When someone has to use it for number two, the other two crewmembers can retreat to the descent module, to give the third guy a little privacy. Usually, that toilet is not used for that purpose, though. Crews go through a preflight enema, which usually is enough to clean you out for the two days of flight it takes for the Soyuz to phase, rendezvous and dock with a space station.

The toilet aboard the International Space Station (ISS) is the same as the one that flew on the MIR station. This is also a civilized affair, in a relatively large area, with a privacy screen.

So, how do these toilets work? They all basically work the same way. In the absence of gravity to help you, airflow is used to try to collect everything and point it in the proper direction. To urinate, it is pretty simple. Use the long hose, which has a funnel attached to the end. Turn on the system, and make sure there is good airflow before relieving yourself. Make sure not to actually contact the funnel with your valuable parts; it’s a disgusting thought first of all, and second of all, you wouldn’t be able to shut the system down before you really regretted getting the life sucked out of you, so to speak! By the way, this system works for women too. The suction is adequate to make sure that the liquids go to the right place.

For number two, the seat lifts up, revealing a small hole. You’ve really got to get to know yourself, and get good at lining things up for this operation! The system again uses airflow to collect and hold things down where they’re supposed to go. After you’re finished, the bag is tied off and pushed down into the replaceable silver can.

Accidents do happen, and by international agreement, you clean up your own mess!

Is it worth it? One of my crewmates on Space Shuttle once told me that he wished that we could land every morning, so that he could take care of business there, before launching back into orbit. Yeah, it’s not pleasant, but you get used to the hassle of doing these hygiene tasks. It’s not so bad.

Besides, the view of the Earth from space is way worth it! Here are just a few examples of what I saw from the ISS.

This is the southern tip of Florida.

Here is the Salamat Basin.

We do have DVD’s and E-books onboard. Sometimes we use them, but who needs them? The greatest show is right outside the window!

Ok, so onto the question burning in your mind: Has anyone had sex in space? To date, I can tell you emphatically, no. Why am I so sure? It’s simple. Guys are guys. If a guy had sex in space, he would not be able to stand not bragging about it. Am I right, or am I right? Sorry to disappoint you, but there it is. We would ALL know about it. Or, I should say, we WILL all know about it when it happens.

So, what’s the deal? Do we have blow up dolls or robots to take care of business?

No, and not that we’d really want such a thing! The human looks a lot better.

Besides, would sex in space, bragging rights aside, really be so great? This week, I’ve given you a look at the difficulties of doing things in microgravity, and the potential for making some pretty disgusting messes. So, apply all you’ve learned, and honestly assess whether or not sex would be better up there. You’d have to anchor yourselves, somehow (in all six degrees of freedom), otherwise it would be more than the headboard you might bang up against. And, some objects, while not sharp (we are careful about that), might really hurt to run into during a moment of passion!

So what do we have? What do you think? There is a rule that even alcohol (for drinking) is not allowed onboard, because NASA is worried about bad PR. Can you imagine NASA wanting to address the issue of sex? Ha!

What about the future, as we fly longer and farther into space? That’s easy. Crews are already mixed, and crews will become larger. As this happens, there will be a gradual transition from crew to colony (for example, a permanent moon base). Just like in your office now, romances will sprout (which the participants will think are secret) and things will take their natural course.

And, people back on Earth (the guys friends) will know about it, almost instantly after it happens. The news will quickly spread from there. And then, you’ll know.

People are people, even in space!


Leroy Chiao is a professional astronaut. He served for fifteen years at NASA, flying on four space missions. Dr. Chiao is available for speaking engagements, through the Leading Authorities Speakers Bureau: www.leadingauthorities.com/24172/leroy_chiao.htm

I hope I never see the phrase "irreparable toilet failure" ever again! I bet people don't understand that, besides all the education and training and nerves of steel and whatall -- you folks also have to pretty much leave privacy and dignity behind. I'd never make it.

Just found your blog yesterday, via reading about the Augustine Commission. I'll post some comments after I read some more.