Life in Space – The Beginning (Soyuz) 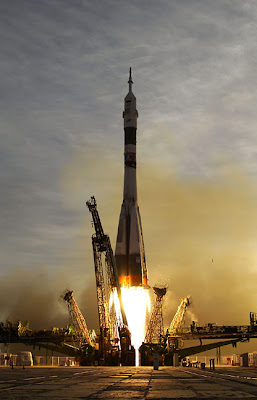 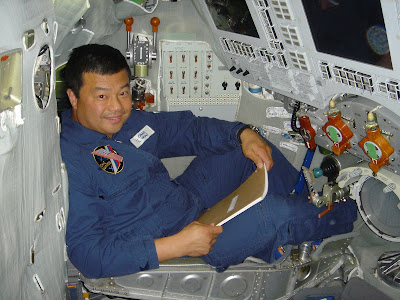 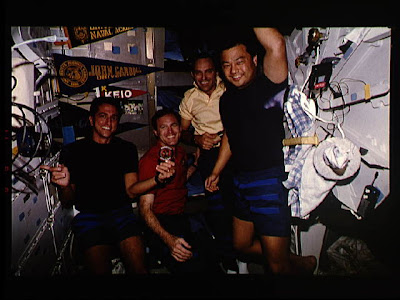 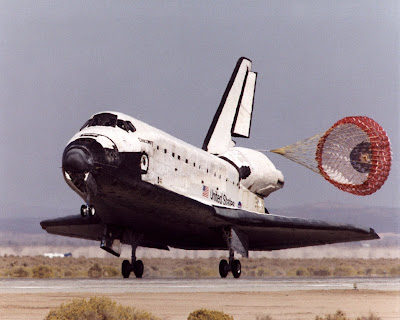 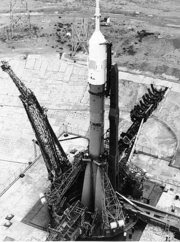 Last time, I wrote about what launching aboard a Space Shuttle is like. This time, let’s consider the Russian Soyuz rocket and spacecraft. Why? Isn’t a rocket a rocket? Is it really that different? Yes and no, no and yes. They both get astronauts into space in around nine minutes. But, they are very different.

First, consider the two spacecraft. They look pretty different from each other. One is a part of a missile, the other a winged vehicle, attached to a rocket assembly.


If the living space inside of the Space Shuttle is Business Class,


then the Soyuz is decidedly economy.


However, I must say that the Soyuz has a very special place in my heart. It is a robust, capable spacecraft and launcher. It has the best-demonstrated safety record of any manned spacecraft. And, it just feels hearty.

But, how does it feel to launch on a Soyuz?


Well first, you almost wear the Soyuz rather than strap into it. Squeezing down the hatchway into my seat, I got an idea of what claustrophobia must feel like. If anyone is the least bit claustrophobic, this would bring it out. Your legs are bent up into your chest. It’s not very comfortable. Like with the Shuttle, you strap in about two and a half hours before launch. But, it gets worse. The Soyuz requires two orbits to get enough telemetry to the ground, for the Mission Control Center to verify that the spacecraft is healthy. During that time, you must remain strapped into your seat, in case you have to perform an emergency deorbit. Total time in that position? About six hours.

So, there’s no dozing off in the Soyuz, you’re too uncomfortable. You wait. And follow along in the checklist, of course. T-Zero is totally different - there is no kick, since there are no solid rocket strap-on boosters. The liquid engines are very smooth. The thrust builds up gently until the rocket simply rises off of the pad. You have to go by your watch, and the announcement from the launch control bunker to know that you are flying!

There is a deceleration just prior to staging, and then a muffled “bang!” as the four liquid strap on boosters separate. Same for the third stage. What surprised me (startled the Hell out of me, actually), was the very loud “BANG!!” followed by an instant flash of bright light. Just for a split second, I thought we were exploding, but it was just the shroud and escape tower separation! I could now see through the porthole, and look down at the familiar view of the Earth, and the bright, fluorescent blue line of the atmosphere on the Earth limb.

You know the rest.

Originally posted on Gizmodo during the week of 5/3/09
Posted by Leroy Chiao at 8:39 PM

So there's no window till that shroud is jettisoned? Bummer.