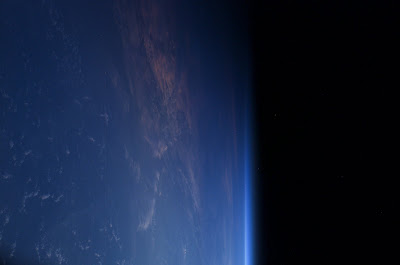 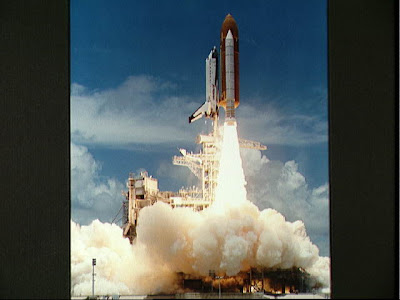 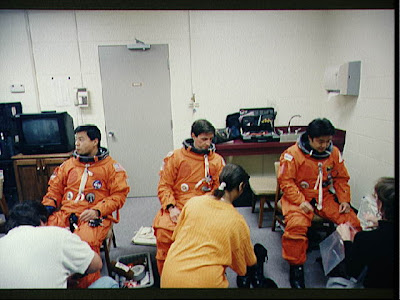 Today, I was going to write about how to do something else in space. But, I changed my mind. Let’s back up to the beginning of a mission. What’s it like to go through a launch? How does it feel? Are you able to sleep the night before? Do you get scared? What do you eat before?

Steak and eggs. Medium rare, and over easy. This is what the first astronauts ate before launch and why not? I remember during one of my launch counts, the ladies were taking our prelaunch breakfast orders, going around the table. I was hearing things like, dry toast. A little yogurt. Cereal. You gotta be kidding me, what kind of panty-waists am I flying with? They got to me and I replied firmly and evenly, “steak and eggs, medium rare, and over easy.” Everyone looked at me funny. I stated the obvious. “Hey, we might go out tomorrow and get blown up. I’m going to have steak and eggs!” Immediately, three guys changed their orders to steak and eggs. I was doing all of us a favor, really. You need a hearty breakfast before launch, you’re going to be really busy. Yogurt? Come on.

Sleep wasn’t really a problem either, although I tended to wake up a few times at night in anticipation, just like when I have other important morning appointments. We usually wake up about four hours before launch, and hit the ground running.

After breakfast and cleanup, it’s time to get suited up. Walk down the hall and meet up with the suit technicians. Seasoned professionals, your suit tech has been with you all through training. He or she makes sure that everything is just right, and after the pressure checks are complete, sends you on your way.

From that point, it’s a bit of a blur, as you walk out of the Operations and Checkout Building at the Kennedy Space Center, to the applause of the employees who have gathered at the entrance. You climb onto the Astrovan, which is a converted Airstream RV from the Apollo days. Crews typically joke and banter a bit, the atmosphere is light hearted, during the short drive to the launch pad. Everyone falls silent, as the bird comes into view. She is beautiful. She is ready, as are we.

At the pad, we climb out and ride the elevator to the 195 foot level, where we are greeted by the ingress crew. Time for one more quick pee. Maybe for good luck, but more, so that I won’t have to use the adult diaper that I’m wearing! After all, we strap into the Space Shuttle about two and a half hours before launch.

Is this when the jitters hit? Actually, no. This is kind of a time to relax a bit. The environment is totally familiar, thanks to the hours upon hours spent in the simulators. For once, nobody is talking to you. Nobody is asking you for something. It’s not unusual to doze off.

As the launch count proceeds, there is a point at which things get serious. Certainly as we come out of the T-20 minute hold. After we come out of the T-9 minute hold, the cockpit is sterile. No unnecessary chatter on the intercom. Is this when it becomes real? Not just yet. For me, it is not until the T-90 second point, when the Launch Director says something like “Columbia, close and lock your visors, initiate O2 flow, have a good flight.” That it becomes very suddenly, very real.

What did I feel at T-Zero? The answer might surprise you. I felt relief.

Certainly, I was keyed up. After all, we were sitting on top of a bomb, being accelerated to orbital velocity of 17,500 mph in less than nine minutes. Pretty heady stuff! But the thing of which astronauts are most afraid, is not getting the chance to launch into space. What if I get hit by a car? What if the doctors find something wrong with me at the last minute? What happens if…..All of those worries go away, the instant the boosters light!

First stage on the Space Shuttle is shaky. You can’t really read the instruments and screens very well. At T-Zero it feels like someone kicks the back of your seat really hard, the Shuttle seems to leap off of the pad. You hear the wind noise build into a high-pitched whine. You see the blue sky start to get dark, fairly quickly. You don’t so much hear the rumble of the engines, as feel them. Everything is oddly orderly, even quiet. That’s because we are accustomed to the simulators, when all the warning and emergency lights and klaxons are going off, as we deal with the failure scenario presented to us by the training team. On launch day, pretty much everything usually works!

On my first flight, I was up on the flight deck for launch. I had a small mirror, through which I could look out of the overhead windows, which were pointed more or less towards the Earth (The Shuttle rolls into launch azimuth and heels over as the ascent proceeds). I saw the ground rushing away, through the flames of the engines.

After about two minutes, the Solid Rocket Boosters (SRB’s) tail off as the last bits of fuel in them are consumed. You feel the deceleration, and then see the flash of bright light as the separation motors fire, peeling them away from the stack. It is suddenly very smooth and quiet. My heart leapt into my throat when this happened to me the first time. My first thought was that the main engines had also stopped and we were about to go down! But, that was not the case, I just hadn’t expected second stage to be so smooth.

During the last few minutes of launch, the vehicle accelerates to orbital velocity. You are under three G’s of loading, so it feels like a small gorilla is sitting on your chest. It takes a little effort to breath, but it’s ok.

Suddenly, right on cue (you’re always watching the clock), the main engines cut off, and you are instantly weightless! As I looked out the windows and for the first time beheld the awesome beauty of the Earth from space, I was almost overcome with emotion. I had made it, I had realized my childhood dream. I allowed myself to revel in this moment for just a few seconds. Yes, I was in space, but it was also time to get to work!

Maybe tomorrow, I’ll tell you about the Soyuz.

Wow, what an absolutely thrillingly-awesome adrenaline ride that must be!!

I don't know about you, but I would certainly find it hard to doze off while sitting in a fuelled Space Shuttle!

The feeling of looking out the windows at Earth for the first time, knowing that you have made your dream, after decades of preparation, must be overwhelmingly emotional.

My whole body aches to do this someday. I wish the Shuttle would continue long enough for me to ride it! I guess I'll have to settle for a more "economy" style spacecraft!