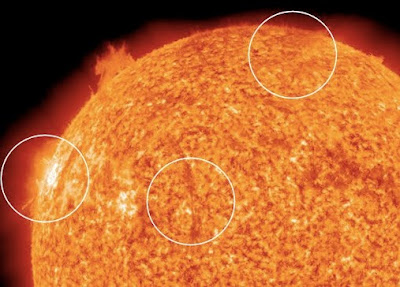 On Space Exploration, Radiation and Monkeys!


So, I’m sitting here at the sixteenth conference on Solid State Dosimetry (SSD16), thinking about monkeys, radiation and space exploration. The conference is only held every three years, so it’s been going on now for nearly fifty! That’s how hard it is to measure radiation, and come up with meaningful interpretations of the results.

The main purpose of the conference involves neither monkeys nor space exploration. Most of the dosimeter work is focused on medical applications, to advance the state of the art for more precise radiation treatment of cancer patients. But the part in which I am involved, specifically deals with space exploration applications.

Radiation is the single biggest threat to astronaut health in long duration flight. This is especially true for flights that would occur away from the Van Allen Radiation Belts, which offer significant protection to all of us, who are safely cocooned in it’s warm embrace. Even in Low Earth Orbit (LEO), astronauts are still protected to a large degree from charged particles. The heavy artillery still gets through (gamma rays, neutrons, some protons), but the electrons and other charged ions are caught in the electromagnetic field lines. Astronauts who ventured to the Moon were outside of the belts, as would be astronauts who travel to Near Earth Objects (NEO’s), Lagrange Points or any other far destination (Mars, anyone?). A solar flare (or event, in the parlance of the field) could be fatal. NASA worried quite a bit about that possibility during the Apollo program.

It was announced in this morning’s conference session, that last night we had a solar event. I immediately thought of my friends aboard the International Space Station (ISS). Misha and his crew are due to return to Earth tomorrow. They were a day late, and could be exposed to elevated radiation levels.

We had a solar event during my stint as the Commander of ISS Expedition 10. It was eerie. We got the call from Mission Control, and were advised during which specific times we were to retreat to the “more heavily shielded” portions of the station. More heavily shielded? Uh huh…..For me, that meant the sleep station in the US Segment, which had plastic shielding inserted into the fabric walls. They are supposed to catch a few heavy particles, but they seemed awfully thin to me. Salizhan was directed to the middle of the Zvezda core module, which was where there was more machinery around the middle. Great. After the event had passed, the radiation detectors were still registering levels about ten times normal. Great again. Well, what could we do? This was one of the prices we had to pay, for the privilege of spaceflight. At least we had detectors, which allowed estimates of the cumulative doses that we received (we were told “all good!” post-flight, by the NASA folks. Uh huh……).

There are three things we need to figure out radiation wise, in order to explore in a sustained fashion, beyond LEO: (1) Detection; (2) Shielding; (3) Treatment. This conference deals with the first, detection. There is ongoing work in the other two fields as well. Shielding is a tricky deal. It would seem that one simply would need to find a pile of lead and hide inside of it. Not so simple. Gamma rays and protons punch into high-Z materials and cause secondary emissions, which could actually be much more harmful to biologics like us. As for treatment, there are researchers working on drugs and nano-materials, which would scoop up free radicals in our blood, caused by radiation exposure. Good work in all three, but plenty more to do.

So, where then do the monkeys come in? Monkeys have played an important role in space exploration, since the beginning. The first “American” in space was Ham the monkey, who flew inside of a Mercury capsule before Alan Shepard. You may have heard about planned monkey radiation experiments, and the recent protests against them. I understand the necessity of animal experiments in developing drugs and treatments, but I must admit that this one has me scratching my head a bit.

I have no doubt that some advances in scientific knowledge would be realized through these planned experiments, but I’m an operational guy (despite my Ph.D.). How would these experiments help us to survive in deep space? I don’t see it. The bottom line, is that exposure to high levels of radiation is bad. We need to figure out how to detect for, and protect against exposure, as well as to treat for exposure, if it occurs.

I’m a big fan of Curious George. Let’s leave him alone this time.