Life in Space –Onboard Basics 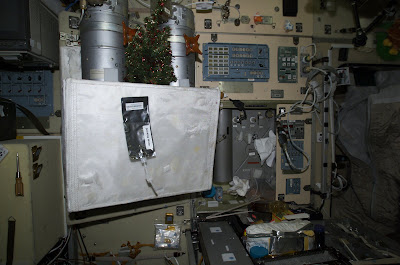 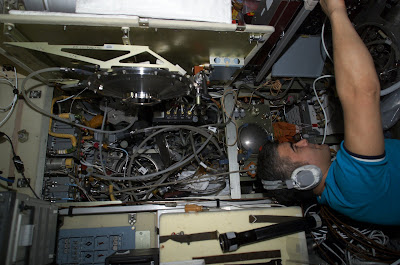 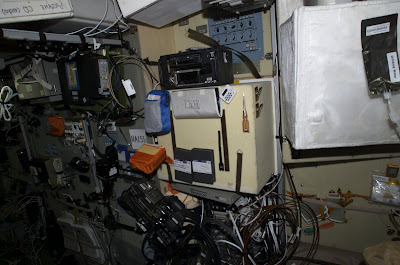 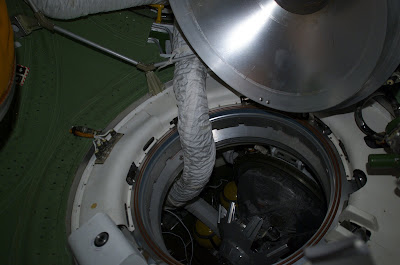 Ok, so someone wanted to know what the International Space Station smells like. After we opened the hatch, I noticed a moderate smell of plastics, not unlike that new car smell. That’s from the various synthetic materials onboard, outgassing. It’s not too bad, and after an hour, I stopped noticing it.

We do scrub the atmosphere, though. We have carbon dioxide removal systems,


as well as a micro-impurities removal device. Oxygen is added of course, as it is consumed. We use an electrolysis device to crack water, dumping the hydrogen overboard.

That device is a bit cantankerous, so we also have oxygen candles, which we “burn” periodically. These are the same kinds of systems that are onboard nuclear submarines, which face similar technical requirements.

One interesting fact, is that nitrogen is not replaced, except to compensate for leakage. The human body does not really utilize the inhaled nitrogen, so it is recycled.

What else? What is the temperature onboard? The temperature was set by the Mission Commander (me). I live in Houston, so I like air conditioning. The cabin was set to about 70 degrees F.

You have all read about how to brush your teeth in space. Anyone want to take a stab at how to clip your nails? I’ll write about answer in the next installment.

And, I’ll address what you really want to know, on Friday.