Who's seen a UFO? I have, on two of my space missions. However, I figured out what the first one was, and I have a pretty good idea what was the second.

On another mission, Houston called to inform us that an expendable launch was about to take place from Cape Canaveral. After the third stage burned out, we watched a wonderfully beautiful rainbow in space that expanded into a huge oval, as the excess fuel was vented into space and caught the sunlight just right. If Houston had not warned us, I would not have been able to explain this, and would have found it very eery!

I firmly believe that there is other life in the universe. What I am more skeptical of, is whether we have been visited by extraterrestrials.

I must admit to being a bit intrigued when well-known colleagues come out and publicly accuse the US Government of covering up UFO evidence. Edgar Mitchell and the only other Leroy in the history of the program (Gordo Cooper) have both claimed that this is the case.

If we have been visited by aliens, I don't have a problem believing that the US Government would try to cover it up. However, would they really be able to do it? Have they done a very good job of covering up other things in the past?

What do you think? Have you seen one?

North Korea Missile Test - So What? 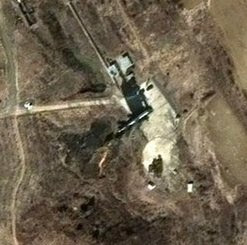 North Korea has launched a Taepodong 2 missile, in what appears to be at least a partially successful test. The world, led by U.S. President Barak Obama, has condemned the test. Analysts and media pundits warned of a destabilization of the area, and indicated that it signaled a threat to U.S. Homeland Security.

Was the flight a success? In an earlier test (2006), the first TP-2 missile exploded about 40 seconds into flight. The North Koreans seem to have fixed that problem, but the U.S. and South Korean military have both stated that the current rocket failed to put anything into orbit. That seems to indicate at least a third stage failure.

In theory, the test shows that the North Koreans could fire a missile and possibly hit Japan, the United States and any number of other countries. Of course this is cause for concern, but how concerned should we really be?

First, the test was not completely successful. One could argue that the North Koreans were lucky to get as far as they did. What would happen if they launched another missile today? They are maybe 2/3-1 for a record so far.

Second, as in the Iranian tests, what can they hit? Their guidance systems, by all accounts, are not very sophisticated.

Third, how many could they build and launch? The North Korean infrastructure is pretty thin. Does anyone think that they could not be stopped at any time militarily, should the need arise? Even if left alone, when could they launch another missile? Do they even have one ready to go? It took them almost three years to launch their second test.

Fourth, we all know why they did this. It's just to get attention and try to squeeze more money out of the West.

I must admit to feeling that this is a "So What" moment.